“Deep in my heart I miss him so today”  from the sentimental song ” O mein Papa” seems the perfect line to  hum on this 8th day of May; this day which would have been my father’s 98th birthday.

On May 8th someone in the family would have made him his favourite roast chicken dinner, just as he did for us  on so many special occasions. And we would have drunk to his health with cider and champagne.  My siblings and I may still do the latter, via Skype, but the family meal will have to wait until we gather again. 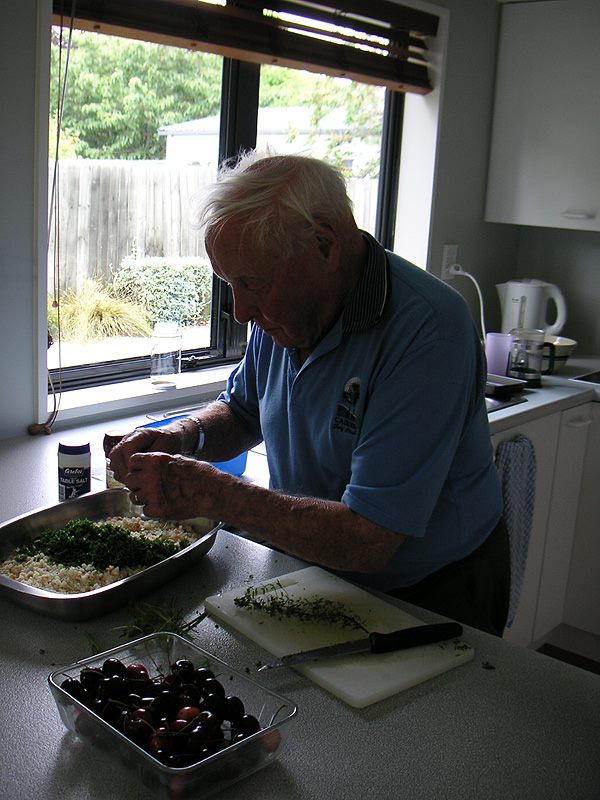 Dad preparing stuffing for a roast chicken dinner; in my kitchen about a decade ago. The cherries were for snacking not stuffing!

Although, today, my thoughts are  mainly focused on my father,  I am also thinking of other  important events  associated with 8 May, such as VE Day  and World Red Cross Red Crescent Day.

For my father’s birthday in 2014  I wrote about the Red Cross and its significance in our lives. Read on if you would like to know more of that story.

The Importance of May 8th

“Today, 8 May, is the birthday of  Henry Dunant , founder of the Red Cross and joint  recipient of the first Nobel Peace Prize in 1901.

Another celebration that takes place every year on 8 May is my father’s birthday. 🙂

Although the idea for the Red Cross arose  in 1859 and was formalised in 1863, the International Federation of Red Cross and Red Crescent Societies was only established in 1919, in the aftermath of World War 1.  So the IFRC  was almost as brand new as my father when he arrived into the world in 1920.

In the  Christchurch Press, for the day of my father’s birth, there is an item which mentions the Red Cross Society in the US, providing hostess houses for the 3709 war brides of the American Expeditionary Force. The newspaper also has articles about ongoing peace and treaty negotiations and on war graves decisions, as well as the influenza outbreaks which were, once again, causing concern in New Zealand.  In 1920 the world may have been nominally at peace but the First World War was still very much a presence in everyday lives.  Yet there would, undoubtedly, have been an expectation that babies born after ‘the war to end all wars’ would live their lives in peace.

I am sure, my grandmother, holding her new-born baby, that day in May, did not  imagine that a couple of decades hence her boy would be in uniform. 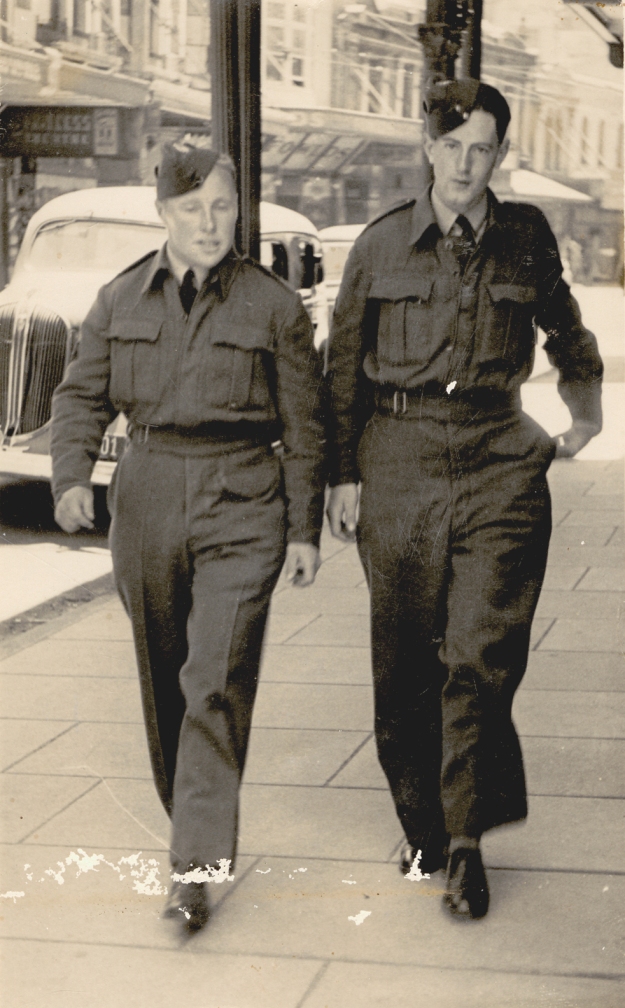 In uniform; 1940s; my dad, closest to the kerb (Street Photography)

Nor would she imagine that, by the 1980s, her son would be working, in his post retirement years, for the Fiji Red Cross. 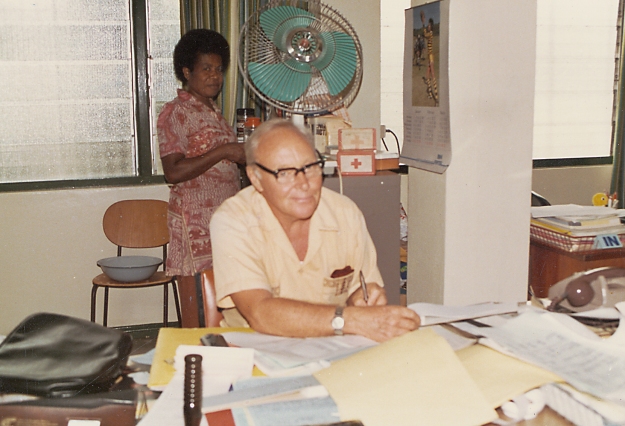 A favourite photo of my father at his Red Cross desk.

That’s the trouble with kids; you never know where they’ll end up or how they’ll turn out, but I think my grandmother would say she raised a good lad. 😉

If you link to the original post you will find comments from two bloggers who have since passed away. I miss them, too: Christine

and Catherine from Seeking Susan.

And for those of you who are interested in the military connections in this post, you may like to visit our wonderful  New Zealand Online War Memorial  Cenotaph where I have been putting together my father’s online memorial.  My father served both in New Zealand and the Solomons.   He was with radar Unit 53, Cape Astrolabe, on Malaita, one of the most isolated RNZAF detachments in the Pacific.

Have I read you dry? Join me in a toast to mein Papa. Cheers!