In my mind’s eye the colour of spring is tender:  pink and white and violet, and dimpled daffodil yellow; diaphanous blue; soft, lush green; all steeped in  warm, lemon honey sunshine.  But that is not often the reality of spring,  particularly  in Christchurch where, in September, the average sunshine hours per day number 5.5.

No, the colour of spring is more nuanced than my mind’s eye would have it. It is frequently overcast with grey, 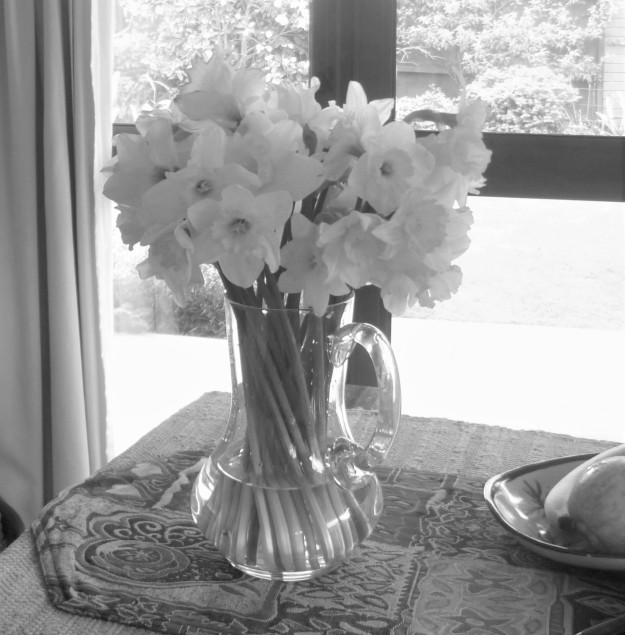 and dim drizzle,  (skip to the end of the video if you  are interested in the cherry blossom) 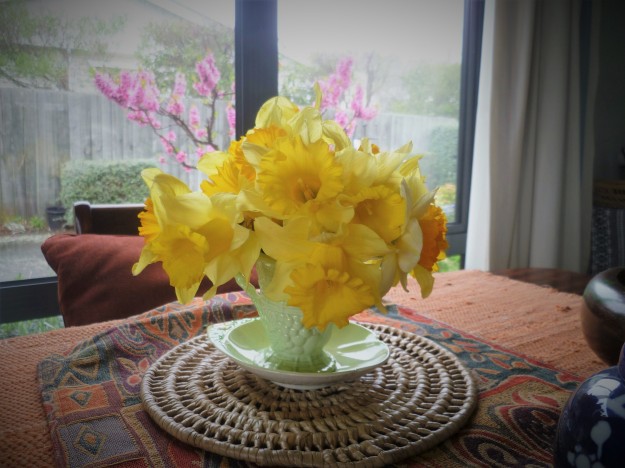 But for all that  my spring is not mental picture-perfect, I still love it. And I will take it any way it comes. 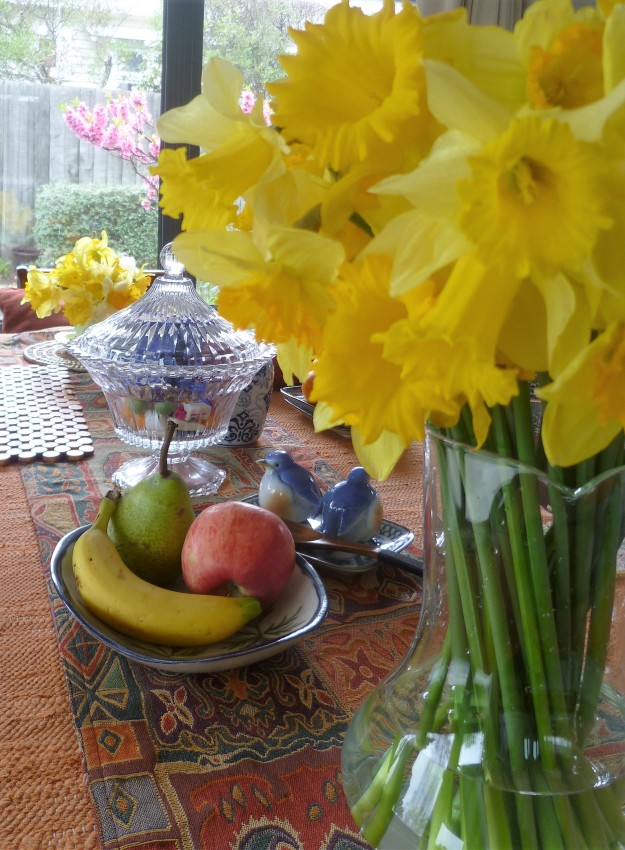 I love spring however it is served;  but I don’t eat daffodils ~ they’re poisonous ~ just saying ;).

Most of my readers will know  about the earthquakes we experienced in Christchurch  in 2010 and 2011 as well as the continuing  aftershocks.  The aftershocks are now minor and infrequent, yet the enormous impact of the initial earthquakes lives with us still.  It is inescapable. It is omnipresent.  The mark of the earthquakes is as good as branded upon us, seared into our being and into our land; indelible, ingrained, forever.

Yet our branding mark is no longer as raw and painful as it once was.  There is healing.  Healing which comes through significant milestones, like the recent  opening of  Helmores Lane Bridge; the only surviving 19th century timber bridge in Christchurch.

After 5 months of  earthquake repairs, and restoration work, the bridge is once again open to pedestrians and cyclists, and sheep! http://www.stuff.co.nz/the-press/business/the-rebuild/83922014/christchurchs-oldest-timber-bridge-reopens-after-1-million-restoration

I didn’t attend the official opening, but the following day I visited the bridge for the simple pleasure of crossing it, and then standing midway to take in one of my favourite views in Christchurch.

This is what I saw. It was not what I heard.

I added a soundtrack to the video to drown out the earthquake reconstruction din which permeates the air almost everywhere in Christchurch.

The true soundtrack of our lives is an impromptu, improvised, unfinished symphony which I call “Earthquaked.” You can hear a bit of it in this next video ( and, happily, some birdsong, too.)

Unfortunately in my attempt to keep my video as short as possible, I edited out most of the noisiest noise. Hopefully, there’s enough left  to give you an idea of “Earthquaked”, within the first 48 seconds; which is the average viewing time on my You Tube channel. 😉

p.s. Readers who are sharp-eyed grammarians will notice  I have not placed an apostrophe in Helmores Lane.  It is my natural inclination to do so, and the media articles, including one by the City Council, on the opening of the bridge certainly use an apostrophe.   BUT it is my understanding that city councils in New Zealand do not  usually use  the apostrophe in street signage, and the New Zealand Geographic Board does not usually do so in place names. There are exceptions, of course. As far as I know Helmores Lane is not one of them. I am happy to be corrected on this apostrophe.

The Fo Guang Shan Buddhist Temple in Christchurch decorated for New Year. I visited on Wednesday.
Spotted in the wildflower section of Hagley Park today. They made me laugh but is this technically vandalism? #feelingconfused🤔
Small amusements on the last day of the year; reflecting on the commonplace book which I am keeping on my latest reading #thesingsonggirlsofshanghai #eileenchang
Twilight in my summer garden. I love the little white reflections in the window # summertwilight #daisies
Is there anything better than a book which is beautiful in content and cover? #eileenchang #boxingdayreading
From my home to yours, I send every good wish for your peace and well-being during the festive season and into the New Year.
Loading Comments...