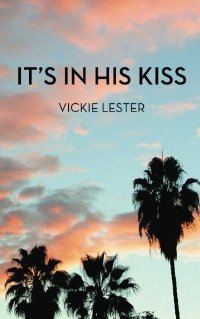 It’s In His Kiss
(copyrighted image)

It’s In His Kiss is here! The real life version is finally, here, in Christchurch,

There have been hiccups with delivery but thanks to the wonderful author, Vickie Lester, I now have not one, but two copies of her book; one for each hand? Does this mean I can unravel the mystery at double speed? 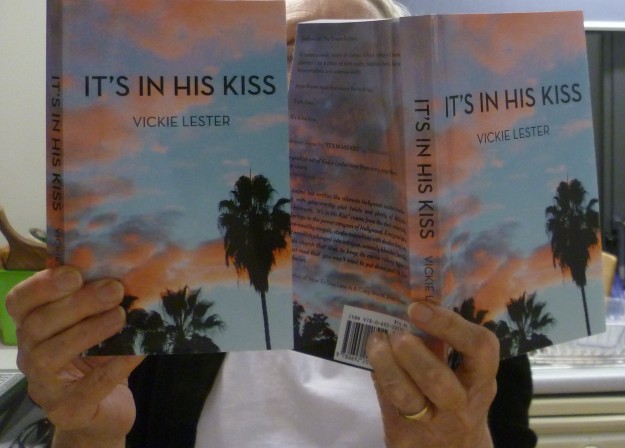 One for each hand

I can’t wait to curl up in bed and finish the last few chapters. I already know many of the plot twists, and turns, and jaw-dropping surprises, thanks to a preview copy via the internet, so this  much I can say:

is as puzzling as that age-old question; which came first…Hollywood or the movies?

is at an Amazon near you;

may require a whiff of this before the final chapter;

Be prepared for the unexpected

though my Nana’s old-fashioned smelling salts are perhaps not quite strong enough, or Hollywood enough, to manage what is bound to be a very unexpected finale.

Right, I am off to read. Be back soon.

Whilst you are waiting for your copy of It’s In His Kiss to arrive ( 😉 ), here’s a little diversion to be found at Brain Pickings; The First Kiss in Cinema 1896 and

And….you thought you knew all there was to know about the contents of a kiss! Didn’t you? 😀

I wasn’t intending to write another post so soon but life is full of surprises, and what could be more surprising than stepping out your front door on a sleepy Sunday morning and finding that your letterbox has suffered a great indignity. Like so…..

Oh, what rage and/or drunkenness, or druggedness, was a-foot in our mild-mannered neighbourhood, last night? For it was not only MY letterbox that was abused. Several neighbours found a similar scene of destruction, 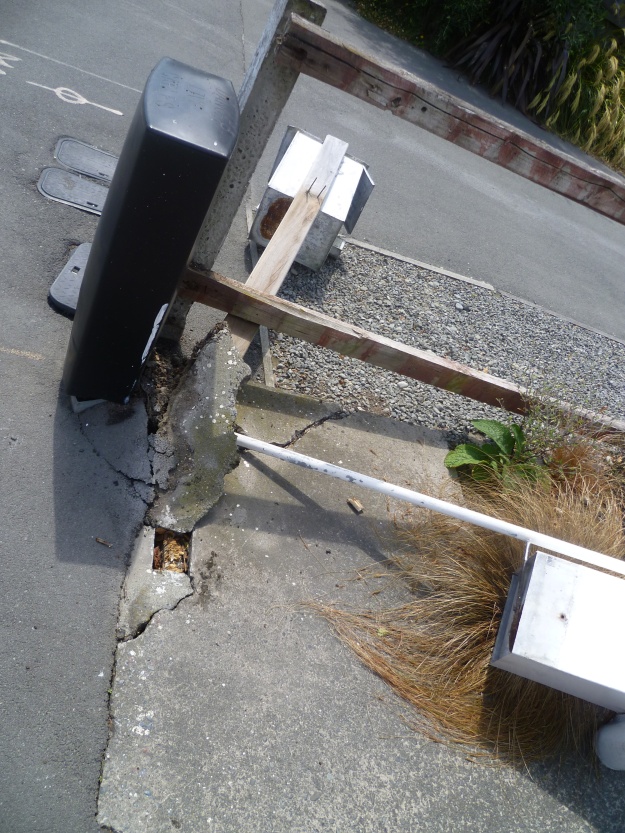 but our letterbox seemed to be the most severely damaged. To smash our brick letterbox to smithereens would have required significant force……and I expect, by the time the persons had done their *work*, they were out of energy to do much else.

Now, our letterbox was not in the best of condition prior to this assault. It was damaged in the severe earthquakes of 2010 and 2011, but it was still standing, and it was still usable, until some time in the dark of last night. Imagine! …that letterbox stood up to more than 12,500 earthquakes, yet, came to an inglorious end by the hands of stupid mankind. Oh, the irony 😦

My good neighbour, who shares the mailbox with us, cleaned up the mess and, don’t tell this to the vandals, but I rather liked the way the   letter free area temporarily opened up, to give our property more ‘street appeal’.

And, also in their favour, the vandals,  unwittingly, worked faster than the insurance  company on my earthquake insurance  rebuild for external property damage….and  have, thereby,  saved us a few hundred dollars on demolition costs. Oh, the irony! I am sure that would surprise them; vandals and the insurance company, I mean.

The postie is going to be surprised tomorrow, when he tries to deliver mail on our street. He will  be most surprised of all when he finds the trendy, new letterbox that my helpful neighbour has cobbled together. 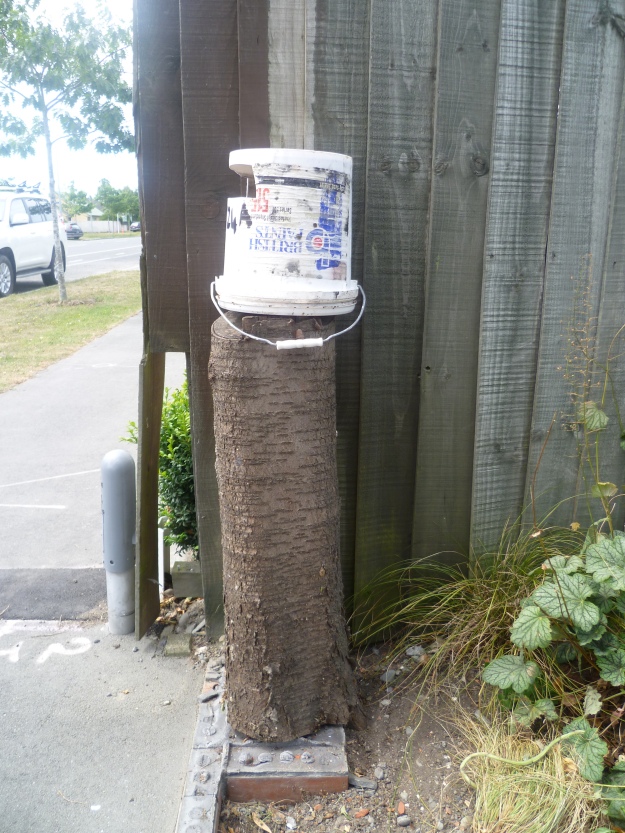 Will this start a new trend?

Isn’t life witty, and surprising, and ever so slightly crazy?

Contemplation at home.
On the tenth anniversary of the Christchurch earthquake I am feeling grateful for our extraordinary Transitional Cathedral which continues to provide a safe and healing space for the people of Christchurch. The Cathedral, designed by Shigeru Ban, is made from cardboard and shipping containers, a temporary structure to house the soul of a city as it transitioned from despair to hope. #christchurchearthquake #22022011 #10thanniversary #shigeruban
On January 3rd I cleared my kitchen bench of clutter. I wanted a sleek, minimalist look for 2021. I guess that sleek and minimalist are just not my essential style because, hey presto, topsy turvy colour and clutter are back in place; and it's only 9 January! #declutterfail
"Life is mostly froth and bubble,
Wishing everyone the best possible Christmas. And may peace and goodness surround you and uphold you on Christmas Day and always.
Christmas in a Nutshell, a tiny nativity scene in a Diamond walnut shell; my thrift store find today. It makes me smile.. a smile is all I want for Christmas. #nativitysceneminiatures
Loading Comments...
Comment
×