A few days ago, I showed you a photo of the earthquake damaged land beside  the Avon River. That was in my post ‘Ring in the Spring” which you may view here

In that post, I mentioned the city plan to restore the Avon river and its banks and to create an extensive recreational and nature area along its course through the city.

A brief video of  that plan can be seen here. http://ccdu.govt.nz/video-gallery.  It is the third video called Design Concept which is the most relevant to this post. It won’t embed in my post but it is well worth a look.

The first section of the restoration project, the Watermark project, was completed and officially opened at the end of August; just in time to greet the first day of Spring.  Last Sunday, on our  Drive, we stopped to explore our new-look river precinct.  The last time,  we visited this section of the river, down near the Antigua Boat sheds, ( built in 1882 and still going strong) http://www.boatsheds.co.nz/history_pid_7.html was on New Year’s Eve 2012. It’s been a long while between visits, but lovely as the area was then,

and here are the THEN photos: 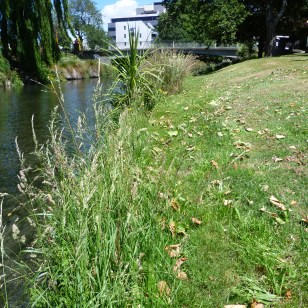 I think it is looking lovelier now. Here is the NOW photo:

Walking the Avon towards Montreal Street

Although you wouldn’t know it from my photos,  lots of people were out enjoying the sunshine and the new aspect to our much-loved Otakaro/Avon River.

Here are some more NOW photos:

Welcome to the best (as in the most beautiful) bus stop in Christchurch. It is on Grants Road in the suburb of Papanui.

From the bus shelter, it’s a short, short walk to the sculptured entrance way to one of our city’s treasures; a walkway that follows a waterway that was once little more than a drain. With careful planning and planting over the years, the waterway has been transformed into a lush habitat full of thriving native plants.

The sculpture represents a restored waterway with all its many forms of life.

Here is the waterway in its abundant new form.

Considering how little rain we have had, you can see, by the amount of water still in the waterway, that proper planting of riparian areas does help conserve water.

Whichever way you look, there are rich vistas of native plants 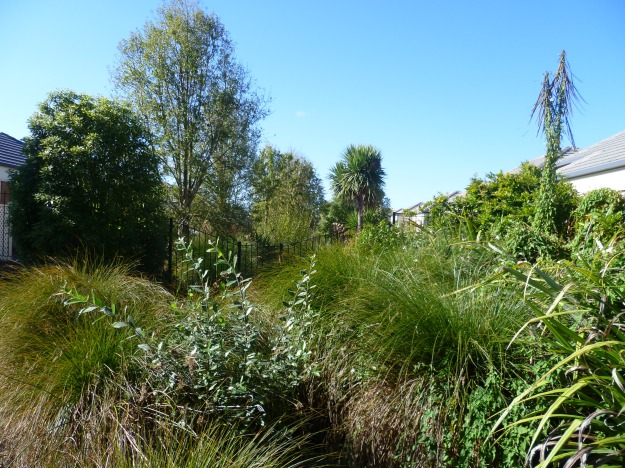 Our city council receives its share of fair and unfair criticism especially in these stressful post earthquake times. Today, I want to praise the council and their workers, and all the hard-working ratepayers, who make possible wonderful walkways like this. We had a jewel of an afternoon under glorious blue skies gently warmed by the autumn sun.

I wanted to take some photos in the central city yesterday but, thanks to road works and deviations, I failed to reach my intended destination. I finally ended up at  Little Hagley Park where  I was able to recuperate and recover my senses.

Although, our central city buildings  and roads are in a state of upheaval (or heaved over in some cases), and out of kilter like this bridge on Helmores Lane, 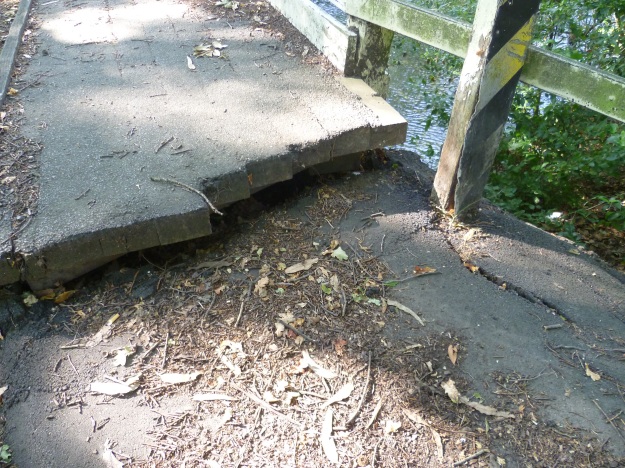 we are able to  salvage our sanity  in places like  Little Hagley Park.  We are so lucky that, approximately a few hundred metres from demolition and digging, and a major city road, we can lose ourselves in solitude and calm.

Under the trees at Little Hagley Park, we can feel far removed from the busyness of city living. 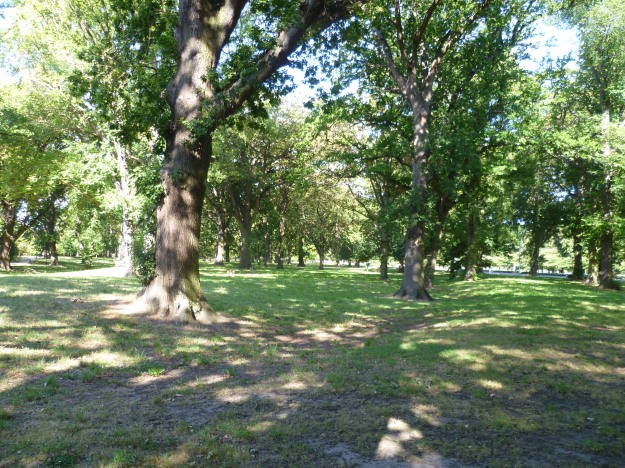 In  every direction there is a  peaceful wooded view. This is the view, looking across the Avon, from Little Hagley Park  to Millbrook Reserve

And this is the view from the Reserve, looking across the Avon, to Little Hagley Park. 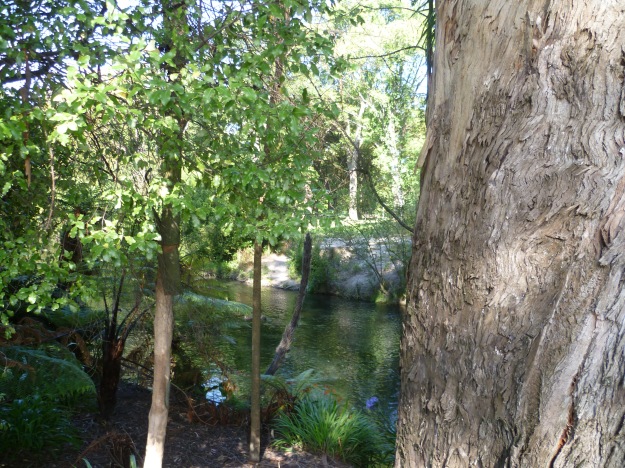 Thanks to our first city planners and all the many wonderful landscapers, planners,  gardeners and hard workers who came after, we can believe, for a moment or more, that each of us has a place of our own in the woods, in the city.

https://silkannthreades.wordpress.com/2022/06/22/a-conversation-with-kiwi-me/ Please join in a podcast conversation with me and @clanmother. We talk about homecoming and belonging and my New Zealand story.
When life gives you too many feijoas and too few Easter Eggs the only logical thing to do is to pretend the feijoas are Easter Eggs. Much healthier for you! And a sustainable way to celebrate Easter as well. 😁😂😁
Hello, sweet camellia. You arrived a little late this year but how good it is to see you blooming on this wet, grey autumn day. #mygardenthismonth
The nasturtiums don't seem to know that winter is coming. They are flowering prolifically in the garden again. Brought a heap inside to light up my day. #nasturtium
Last year the Government gave me a pension for my birthday. This year my present is an invitation to a free bowel screening programme. I am accepting the invite because I want to stay healthy so I can keep getting my pension for a long time! Do you get birthday presents from your Government? PS It is not my birthday yet. This is an early present. #bowelcancerawareness #lovemygovernment
Walked here today. These trees and the river have been a part of my landscape for more than 60 years. My parents and grandparents knew these trees and this river, too. I can't even begin to imagine what it would be like if I suddenly had to leave them, not knowing when, if ever, I would walk here again. I am so very grateful to be able to walk in freedom and peace.
Loading Comments...