This is a self-indulgent post in which  I record my reading list ( read, reading, and to be read);  consider how far I have travelled without leaving home; and  note very briefly what knowledge, useful or otherwise,   I have learned on my literary tour.

It is a post which is the equivalent of an entry I would have made in my version of a commonplace book, more than a decade ago, before the computer stole my soul.

READ (Where I have been; quite far it seems)

Music will out even in the most dreadful of circumstances, hence the establishment of the amazing Afghanistan National Institute of Music

The Wife’s Tale by Aida Edemariam

There is a rich tradition of poetry in Ethiopia, which is not well-known outside of Ethiopia. One particular  type of scholarly poetry is called q’ene and plays with the double meanings of words. It often introduces words from Ge’ez, the ancient Semitic language from which Amharic derives, now only used in the Ethiopian Orthodox church. So a q’ene will have a surface (wax) interpretation but also a deeper and richer (gold) meaning, giving it the title semenna worq (wax and gold).

Some books choose you. After all what are the chances of reading your life, as it is unfolding,  in the first sentence of the first chapter of a book which you selected randomly from a pile of donated books ~”My father is dead and it is raining.” Thus it was on both counts.

The Thunderbolt Pony by Stacy Gregg

Reading about recent earthquakes on my home turf still makes my heart race.

The Kettle on the Fuchsia by Barbara Harper

I am a  wimp. I would have been a useless pioneer. And it was interesting to realise that a  lack of aeroplanes and fossil fuels was  never a barrier to travel.

This book is available to us thanks to translation by Jean Anderson, founder of the New Zealand Centre for Literary Translation.  To understand each other we need to read each other.

Data collection is nothing new. We have just changed the way we collect it. Before Google and Facebook,  there was the Mass Observation project.  Mass Observation was founded 75 years ago in 1937 by the South African poet, communist and journalist Charles Madge and two English eccentrics: the filmmaker and polymath Humphrey Jennings and the anthropologist and self-publicist Tom Harrisson. Formed in the aftermath of the  abdication crisis, Mass Observation sought to bridge the gap between how the media represented public opinion and what ordinary people actually felt and thought. The Mass Observation Archives are at the University of Sussex.

The Secret Life of Cows by Rosamund Young

Cows love to live in family groups and have a rich emotional life, not unlike humans.

Was this the wisest choice of reading material for a Trans-Tasman flight? The book begins “Chapter 1 Dangerous Situation.  Right now: imagine dying.”   Turns out I can do that in mid-air though it did feel slightly uncomfortable.

Scribbling the Cat by Alexandra Fuller

I may never understand how  different people/groups/races  in a country can love their country more deeply and fiercely than they do their fellow man.  It’s a strange love that tears a country apart. And Scribbling the Cat is not a good thing to do.

READING (Where I am; in China and New Zealand)

Rewi Alley’s interest in China was piqued by his encounters with the Chinese Labour Corps  who worked tirelessly for the Allies during World War One.

To Read Maybe, One Day, Sometime…….. (Where I may go; New Zealand, the United Kingdom, the library) 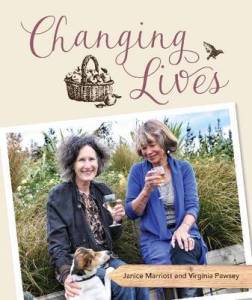 Wherein  I hope to read more excellent essays like ‘ Hours in a Library’  which is the source of this lovely quote about reading lists and notebooks.

If we wish to refresh our memories, let us take down one of those old notebooks which we have all, at one time or another, had a passion for beginning. Most of the pages are blank, it is true; but at the beginning we shall find a certain number very beautifully covered with a strikingly legible handwriting. Here we have written down the names of great writers in their order of merit; here we have copied out fine passages from the classics; here are lists of books to be read; and here, most interesting of all, lists of books that have actually been read, as the reader testifies with some youthful vanity by a dash of red ink. We will quote a list of the books that someone read in a past January at the age of twenty, most of them probably for the first time.

In conclusion: I want to  thank my sister-in-law and her sister who keep my bookshelves stocked with a wonderful, eclectic collection of excellent reading material. Without them I wouldn’t have read or travelled very far this year. 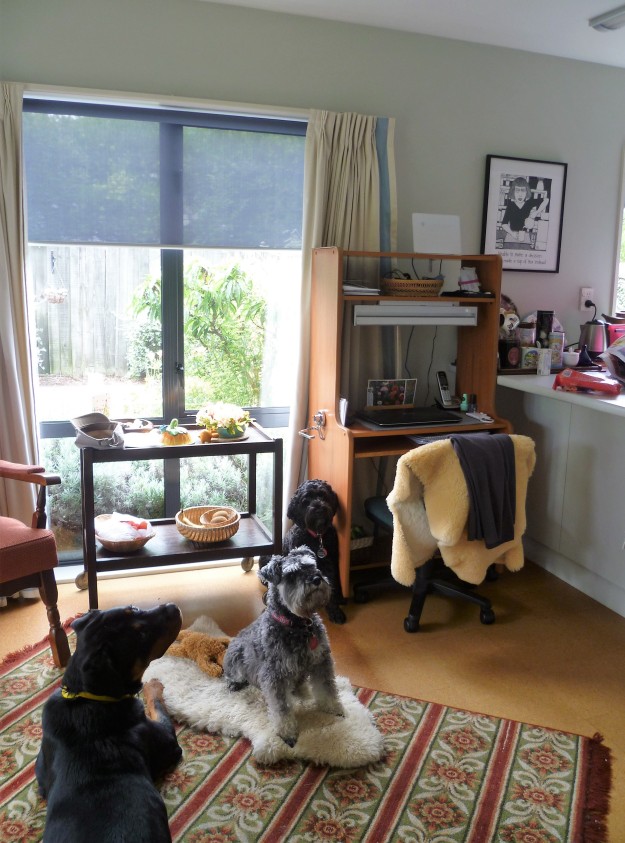 Jack and his peer group keep me company next to my blogging station..

Getting to know you   ( from my every day work-horse desk)

My best desk, a gift from my parents

But nicely
You are precisely
My cup of tea

My tea cup of plums, my books to read, my chocolate, and Jack’s schnauzer toy, Stella.

Singing and Signing off from my desk,

Signing off from  my desk

With apologies to Rodgers and Hammerstein and The King and I

The Thunderbolt Pony by Stacy Gregg

The Kettle on the Fuchsia by Barbara Harper

The Fo Guang Shan Buddhist Temple in Christchurch decorated for New Year. I visited on Wednesday.
Spotted in the wildflower section of Hagley Park today. They made me laugh but is this technically vandalism? #feelingconfused🤔
Small amusements on the last day of the year; reflecting on the commonplace book which I am keeping on my latest reading #thesingsonggirlsofshanghai #eileenchang
Twilight in my summer garden. I love the little white reflections in the window # summertwilight #daisies
Is there anything better than a book which is beautiful in content and cover? #eileenchang #boxingdayreading
From my home to yours, I send every good wish for your peace and well-being during the festive season and into the New Year.
Loading Comments...