This time, let’s rest awhile beside the sea, 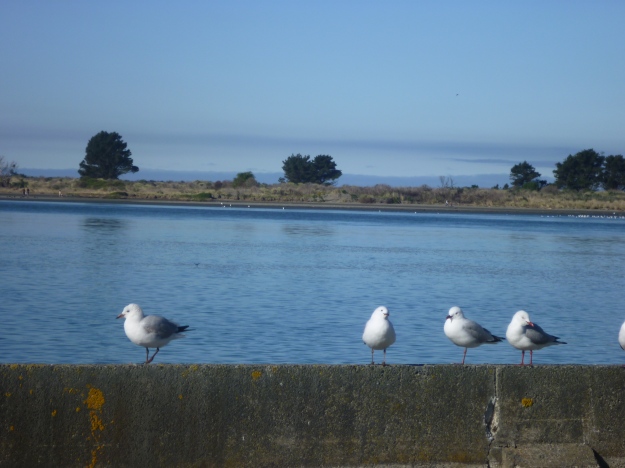 this way and that, 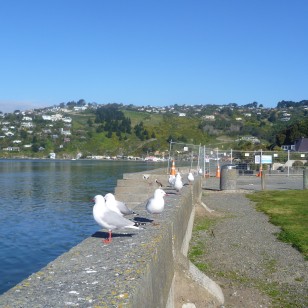 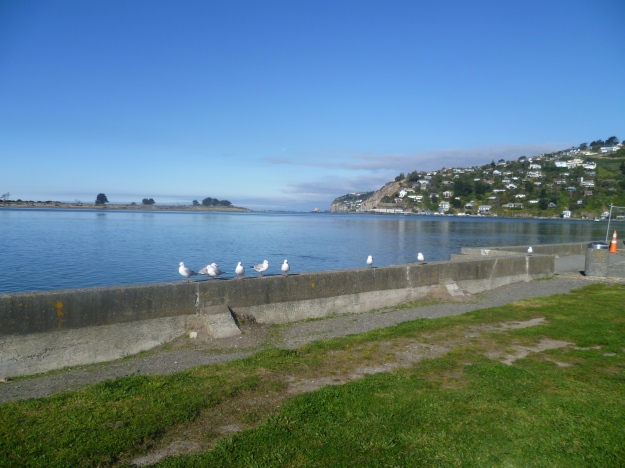 we have travelled far, yet yearn to be where

“Cave Rock is made of toffee
And the sea of lemonade
And the little waitress wavelets
Are always on parade
When the cars roll down to Sumner
On a Sunday.
The ice-cream mountain on the blue
Is free for anyone,
And Scarborough Head looms solid
As a tearoom tuppeny bun….”

from For a Child by Denis Glover

With healing and love,

Welcome, welcome to the home of Silkannthreades, in the South Island of Aotearoa, the Land of the Long White Cloud, New Zealand . ~

When the early pioneers arrived in my part of the South Island*, they saw a landscape similar to this,

which had been surveyed, and made user-friendly for colonial settlement, by criss-crossing it with names like Canterbury, Christchurch, Avon, Armagh, Lincoln…..

Lincoln, NZ, named for the Earl of Lincoln, UK.

….. whether any of the sites thus labelled bore any resemblance to their namesakes in the old world, I do not know.

The Liffey at Lincoln.  The Liffey?!!!  perhaps it looked like this somewhere  in Ireland in the 1850s.

I suspect not. Most likely, the nomenclature came about via  some wishful thinking, some lazy thinking, and some self-important thinking, coupled with a desire to impose current theories of civilization on the perceived wilderness.  And whether these familiar names plonked upon the unfamiliar lands helped the settlers adjust to their colonial lives more quickly, or merely made them homesick for the real thing, I also do not know. I imagine it could have been almost as disorientating as our current practice of giving names like Pitcairn ( the Island) to a street  in the middle of an inland suburb in Christchurch!

that, 4th September is a fortunate, white-stone day

because, on that date, fifteen years ago, my family and I stepped off the plane,

and began our life in Aotearoa New Zealand; a country which, to me, needs no reference points other than its own.

We had been globe-trotting for 18 years and it was time to settle down. Not in a place masquerading as a new, improved version of another land, or a place oddly correlated to  memories of distant countries, but in a place uniquely and unmistakably itself. A place we could simply know as home; and a good one, at that.

Rakaia Gorge (with thanks to my brother for his photo)

Home Thoughts
…..
But if I sing of anything
I much prefer to sing of where
The tram-cars clang across the square,
Or where above the little bay
John Robert Godley passed his day,
Or where the brooding hills reveal
The sunset as a living weal.

I think, too, of the bridle track
Where first they saw the plains curve back
To Alps, of how that little band
Of pilgrims viewed their Promised Land.
…..

I do not dream of Sussex downs
Or quaint old England’s quaint old towns:
I think of what will yet be seen
In Johnsonville and Geraldine.

To mark, yet again, the fortunate, fourth day of September, I substituted the traditional white stone with the white pages of a book; the book being  A Good Home . It is written by the witty and wonderful blogger,  Cynthia Reyes, who knows a great deal about good homes (and good gardens).  She would be the first to agree that it is, indeed, a fortunate day when we come to a good home.

* The South Island of New Zealand was  known as  New Munster from 1840 to 1853. Wikipedia   says that Governor William Hobson named it so, in honour of his birthplace in Ireland. Happily, the South Island now (since 2013!) has official recognition for its original name Te Waipounamu (Greenstone waters).

What to write for this post has been bothering me as much as that vexing, never-ending question of ‘what to have for dinner tonight’. I have all the ingredients, collected during my last excursion into town, but I don’t know what to make of them. I have sorted through several ideas but none of them seems quite right.

I have my lone young magpie,  usually a strange sight in the central city, who makes

in a deserted city square

me think of ‘country come to town’, or ‘nature reclaiming the spaces we usurped’, though the magpie, like us, is an introduced species. Which all makes me recall the haunting poem by our own Denis Glover,

The farm’s still there. Mortgage corporations
Couldn’t give it away.
And Quardle oodle ardle wardle doodle
The magpies say.

Then I have The Bull, Chapman’s Homer. Remember  him?  He’s back. He’s been in seclusion for a while but he’s been let out for some fresh air, and to watch over the renovations on his soon-to-be new home; the Christchurch Art Gallery. 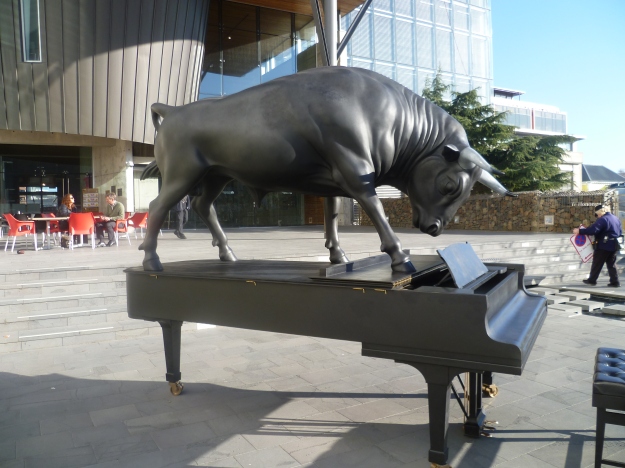 Looking towards the Bull’s future home, the Christchurch Art Gallery

These items present me with ideas of ‘civilization in nature’; and ‘civilization’ itself; ‘what it is and is not’, and ‘the thinness of its veneer’.

And the entirety has me wondering about ‘cultural collaboration and collision’ and ‘what is left standing When a City Falls’ , and, if what is left, provides a big enough foundation to support a new city. The remains look so terribly small in the face of the vastness of the concrete rebuild jungle.

Foundations so small in the vastness of the rebuild

Confused? So am I. But, perhaps, that is just how it is in our city, where we still seem to be searching for the right recipe to put us back together again.

So what is for dinner tonight?

Brace yourselves. It’s not four and twenty magpies baked in a pie, boeuf bourguignon or smoked eel. No,  I have decided on leftover fish and chips, that traditional New Zealand take away, supplemented with homemade buttermilk corn bread,  which mish-mash is bound to bring on culturally confused indigestion ….but, right now, it’s the best I can come up with.

Not a New Zealand tradition

Buttermilk Corn Bread~ from the kitchen of Nava Atlas

You may know of the famous New Zealand writer of detective fiction, Ngaio Marsh, but do you know the beautiful New Zealand Ngaio tree which is the source of her name? Yesterday I came across many beautiful Ngaio trees in flower at McCormacks Bay Reserve. The flowers are so petite and pretty.
View from the Summit Road today. If you enlarge the photo you can see ships waiting to enter into Lyttelton harbour.
Flax flowers at Lake Rua, Christchurch. It was a beautiful day to be walking round the Lake.
Beauty, beauty all around, in the sky and on the ground at our city's newest reserve, Te Kuru; main entrance at 600 Cashmere Rd. Had so much fun walking the tracks here yesterday.
Detail from the Korean-themed wall-hanging in my house.
Sadie Rosemary has been in our family for about 98 years. She is almost part of the furniture, so to speak. She is currently in the sitting room where she can enjoy the flowers and our company. Her usual sitting place is in the bedroom.
Loading Comments...